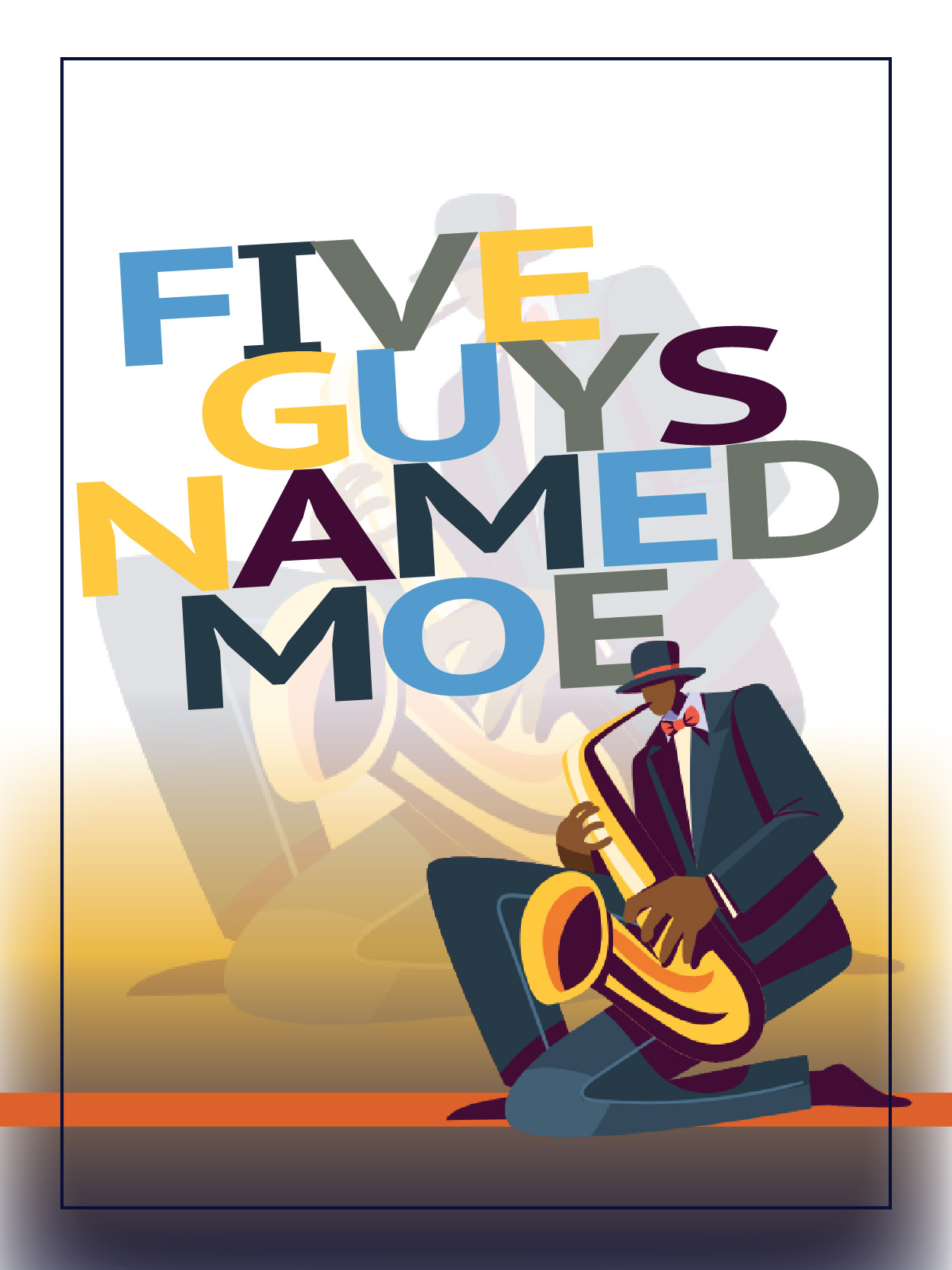 Five Guys Named Moe follows the story of down-on-his luck Nomax: he’s broke, brokenhearted, and drowning his sorrows in booze. Out of his 1930s-style radio, five guys named Moe (Big Moe, No Moe, Eat Moe, Little Moe,and Four-Eyed Moe) appear to help him get his life back on track. Through song and dance they comfort him, teach him about life and love, and set him on the straight and narrow.

This electrifying musical revue features the songs of  Louis Jordan, one of the most revered talents of the 20th century, whose music brought a popular new slant to jazz that paved the way for the rock-and-roll of the 1950s. You’ll be dancing int he aisles to instantly recognizable classics such as “Early in the Morning,” “Don’t Let the Sun Catch You Crying” and “Is You Is or Is You Ain’t My Baby”.