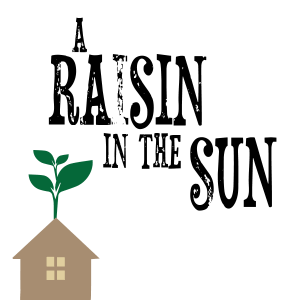 The production is slated for performances February 9 – 19, with the strong possibility of school matinee performances on Monday February 13 and Tuesday, February 14.

For questions about the production or auditions, please write to frontdesk@beverlyartcenter.org
PLEASE NOTE: There are separate links for each of the two audition dates, and up to 3 actors can sign up for any given appointment time.

To sign-up for an appointment,
hover over choice of day below
December 5 and December 6, 2022
Sign up for
MONDAY AUDITIONS HERE
and

Synopsis: Set on Chicago’s South Side, the plot revolves around the divergent dreams and conflicts within three generations of the Younger family: son Walter Lee, his wife Ruth, his sister Beneatha, his son Travis, and family matriarch Lena, called Mama. When her deceased husband’s insurance money comes through, Mama dreams of moving to a new home and a better neighborhood in Chicago. However, her son Walter Lee, a chauffeur, has other plans–buying a liquor store and being his own man–while Beneatha dreams of attending medical school. The tensions and prejudice they face form this seminal American drama, centering on sacrifice, trust, and love among the Younger family and their heroic struggle to retain dignity in a harsh and changing world.

ALL ROLES ARE OPEN.

All roles are paid. Actor compensation will be scaled based on the size of the role and time commitment in rehearsals.

The show will begin rehearsals immediately after casting. The rehearsal schedule is still being set, but BAC productions typically rehearse 2 – 3 weeknights and 1 weekend day weekly.

Walter Lee Younger: Lead, Male, age range  30-40: The protagonist of the play; Walter is a dreamer; he wants to be rich and devises plans to acquire wealth with his friends, particularly Willy Harris; when the play opens, he wants to invest his father’s insurance money in a new liquor store venture; he spends the rest of the play endlessly preoccupied with discovering a quick solution to his family’s various problems.

Beneatha Younger (‘Bennie’):Supporting, Female, age range 19-25. Mama’s daughter and Walter’s sister; Beneatha is an intellectual; twenty years old, she attends college and is better educated than the rest of the Younger family; some of her personal beliefs and views have distanced her from conservative Mama; she dreams of being a doctor and struggles to determine her identity.

Lena Younger (‘Mama’):Lead, Female, age range 55-65. Walter and Beneatha’s mother; the matriarch of the family, Mama is religious, moral, and maternal; she wants to use her husband’s insurance money as a down payment on a house with a backyard to fulfill her dream for her family to move up in the world.

Ruth Younger: Lead, Female, age range 29-37. Walter’s wife and Travis’s mother; Ruth takes care of the Youngers’ small apartment; her marriage to Walter has problems, but she hopes to rekindle their love; she is about thirty, but her weariness makes her seem older; constantly fighting poverty and domestic troubles, she continues to be an emotionally strong woman; her almost pessimistic pragmatism helps her to survive.

Travis Younger: Supporting, Male, age range 9-12. Walter and Ruth’s sheltered young son; Travis earns some money by carrying grocery bags and likes to play outside with other neighborhood children, but he has no bedroom and sleeps on the living-room sofa.

Joseph Asagai: Supporting, Male, age range 24-34. A Nigerian student in love with Beneatha; Asagai, as he is often called, is very proud of his African heritage, and Beneatha hopes to learn about her African heritage from him; he eventually proposes marriage to Beneatha and hopes she will return to Nigeria with him.

George Murchison: Male, age range 29-36. A wealthy, African-American man who courts Beneatha; the Youngers approve of George, but Beneatha dislikes his willingness to submit to white culture and forget his African heritage; he challenges the thoughts and feelings of the other characters through his arrogance and flair for intellectual competition.

Mr. Karl Lindner: Supporting, age range 35-50 The only white character in the play; Mr. Lindner arrives at the Youngers’ apartment from the Clybourne Park Improvement Association; he offers the Youngers a deal to reconsider moving into his (all-white) neighborhood.

Bobo: Supporting, Male, age range 30-40 One of Walter’s partners in the liquor-store plan.

Moving Men/Crew: Background / Extra, Male, 18+ The two moving men appear at the end of the play to assist with the move; they will also work with the Stage Manager as members of the backstage crew; age open.